Greek Origins of Name:  Lepidoptera, derived from the Greek words “lepido” for scale and “ptera” for wings, refers to the flattened hairs (scales) that cover the body and wings of most adults. 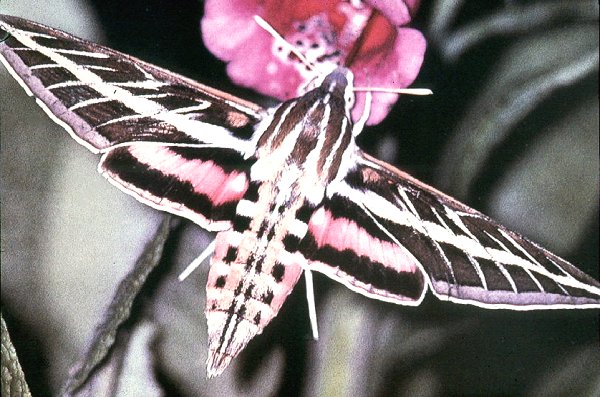 Lepidoptera (moths and butterflies) is the second largest order in the class Insecta. Nearly all lepidopteran larvae are called caterpillars. They have a well-developed head with chewing mouthparts. In addition to three pairs of legs on the thorax, they have two to eight pairs of fleshy abdominal prolegs that are structurally different from the thoracic legs. Most lepidopteran larvae are herbivores; some species eat foliage, some burrow into stems or roots, and some are leaf-miners.

Adults are distinctive for their large wings (relative to body size) which are covered with minute overlapping scales. Most entomologists believe that these scales are structurally related to the hair (setae) covering adult caddisflies. Lepidopteran wing scales often produce distinctive color patterns that play an important role in courtship and intraspecific recognition.

Although moths probably diverged from caddisflies in the early Triassic period, about 230 million years ago, adults in a few primitive families (e.g., Micropterygidae) still retain evidence of chewing mouthparts. In all other lepidopteran families, the mouthparts are vestigal or form a tubular proboscis that lies coiled like a watch spring beneath the head. This proboscis is derived from portions of the maxillae. It uncoils by hydrostatic pressure and acts as a siphon tube for sipping liquid nutrients, such as nectar, from flowers and other substrates.

From a taxonomic standpoint, the distinction between moths and butterflies is largely artificial — some moths are more similar to butterflies than to other moths. As a rule, butterflies are diurnal, brightly colored, and have knobs or hooks at the tip of the antennae. At rest, the wings are held vertically over the body. In contrast, most (but not all) moths are nocturnal. They are typically drab in appearance, and have thread-like, spindle-like, or comb-like antennae. At rest, their wings are held horizontally against the substrate, folded flat over the back, or curled around the body. 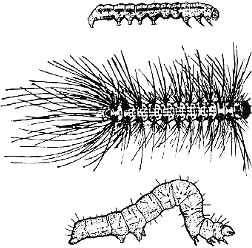 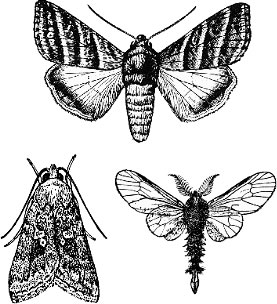 Although many Lepidoptera are valued for their beauty, and a few are useful in commerce (e.g., the silkworm, Bombyx mori), the larvae of these insects are probably more destructive to agricultural crops and forest trees than any other group of insects. 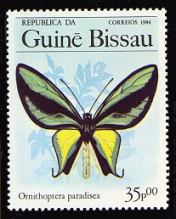 The Paradise Birdwing (Ornithoptera paradisea) is found only on the island of New Guinea in the East Indies (north of Australia). Although prized by collectors worldwide, this large butterfly (family Papilionidae) has been protected by the government of Papua-New Guinea since 1966. The stamp illustrated here was issued on October 6, 1984 by the government of Guinea-Bissau, an independent republic on the west coast of Africa.